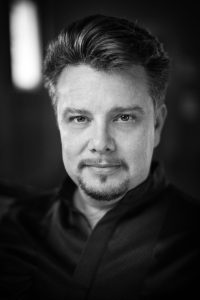 Recent highlights for American tenor Erin Caves include his role debut as Siegfried in Wagner’s Götterdämmerung (March 2020, at Biwako Hall in Otsu, Japan) concluding Michael Hampe’s Ring Cycle under the baton of Ryusuke Numajiri and just released on DVD, and his theater debut at Teatro alla Scala as Walther in Die Meistersinger von Nürnberg conducted by Daniele Gatti, with whom he sang Hans Schwalb in Mathis der Maler at Oper Zürich.

The extremely voluminous Isolde by Heide Melton and the expressive, height-proof Tristan by Erin Caves complement each other brilliantly.

The hurricane of the premier audience’s applause for this couple was justified.

To her side a Tristan of the format Erin Caves, a singer of highly respectable vocal performances.

Cave’s vocal portrayal is filled with emotions, his Tristan always revels, even during the energy-consuming feverish dreams in ‘melody’, his monologues are characterized by high musicality.

Each note was sung beautifully in the best articulation, not declaimed. In vocal consistency, the predestined singer explored his part nuanced in colorful individuality.

On the concert platform, highlights include Mahler´s Das Lied von der Erde with the Staatstheater Stuttgart, a piece he also performed under Ralf Weikert at the Kultur- und Kongresszentrum (KKL) Luzern and with conductor Vladimir Fedosejev at the Opernhaus Zürich. Erin Caves was also scheduled to sing this piece this summer (2020) at the Toblach Mahler Festival which was unfortunately cancelled due to Covid-19.

With the MDR Radio Symphony Orchestra at the Gewandhaus Leipzig, Erin Caves sang the tenor soloist in Bernstein’s Songfest. He sang the tenor soloist in Beethoven’s 9th Symphony with Het Gelders Orkest and Staatskapelle Weimar, and in Berlioz’s Te Deum with the Kraków Philharmonic Orchestra. He sang 8 Romanze per Tenore e Orchestra (Verdi/Berio) with the Tchaikovsky Symphony Orchestra Moscow and the Beethoven Orchester Bonn, both under the baton of Vladimir Fedoseyev and Schinitke’s Faust Cantata opus 167, “Seid nüchtern und wachet” with the Orchestre Philharmonique de Radio at the Salle Pleyel in Paris.

Erin Caves was raised in Stockton, California, and completed his musical studies at the Oberlin College Conservatory of Music, Yale University School of Music and The Juilliard School. Following his dream to sing in Europe, he apprenticed with Central City Opera, Opera Theatre of St. Louis, Glimmerglass Opera, Chautauqua Opera and began his European career at the Dutch International Opera Centrum in Amsterdam. After initially singing professionally as an award winning baritone and with the guidance of renown artists Mario Brell, Jean Cox, Anna Reynolds and Gregory Lamar, Mr. Caves made the change (Fachwechseln) to Heldentenor (hero tenor).

When Erin Caves gives Tristan, his brilliant role finish, his top is phenomenally radiant, bright and clear, his diction immaculate.

Online Music Magazine, about the role of Tristan in Tristan and Isolde at Staatstheater Stuttgart, July 2014